Maps of northern, central, southern Vietnam, airports and railway stations and routes for your use. Tourist and travel maps of Vietnam. When traveling in northern Vietnam you will definitely need a map, either in printed or electronic form. Most travelers use a mobile version of Google Maps with GPS. For each area in the “Places of interest“ , if you look  below the article you can find a map of the places described in Google Maps. However, in some remote areas of northern Vietnam mobile internet may not work or a cell phone application may not run. After that you can only really use a printed map. Most Vietnamese locals do not use maps and cannot read them. It’s best to ask people, but you could of course show them this map and see what reaction you get.

icon-info-circle The articles in the section 16 of the most interesting places in northern Vietnam have a Google detailed map with photos below the article. Check carefully these maps, if you do not want to lose yourself.

BOOK A TOUR / ACTIVITY in Vietnam

(this is only a simple map, some of the smaller roads are not marked!) 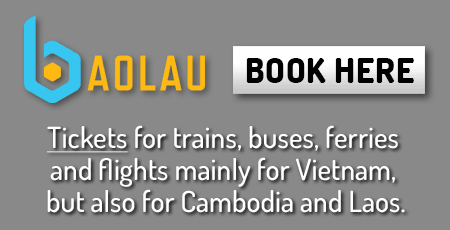 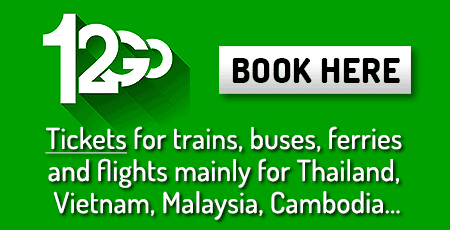 Map of the provinces in Vietnam. Click on the picture below for high resolution.

Red  – domestic airports, Blue – international airports, Green – these airports should be open in the near future.

Looking for flight in Vietnam or to the neighbouring country?

Many public buses operate in Hanoi and there is a huge network of bus lines going to anywhere in the city. Ticket will be handed out by a collector and you have to pay him in cash. If you plan to travel by bus, make sure you carry smaller bills. However, this network is complicated, confusing, and not very comfortable when traffic is heavy. Click on the picture below for high resolution of this bus map (2018). I think it is better to use the BusMap mobile application, it is up-to-date and very easy to use, information below.

Which mobile applications with maps of Vietnam to use?

– these travel routes are the most frequented and popular, read how to travel to these places in Vietnam

1️⃣ How to book tickets or flights for Vietnam?

2️⃣ What is the best time to visit north of Vietnam?

3️⃣ What to visit in northern Vietnam?

4️⃣ What is the major airport of northern Vietnam?

5️⃣ How large is a railway network in Vietnam?

6️⃣ Transportation in Vietnam, how to move and what to use?

7️⃣ Is it possible to travel by train to China?

8️⃣ How to book a private tour/hike or other activity in Vietnam?

9️⃣ Where you can cross the border to neighbouring countries?

🔟 Where you can also travel from Vietnam and how?

BOOK A TOUR / ACTIVITY in Vietnam

How to go — HANOI to LUANG PRABANG?