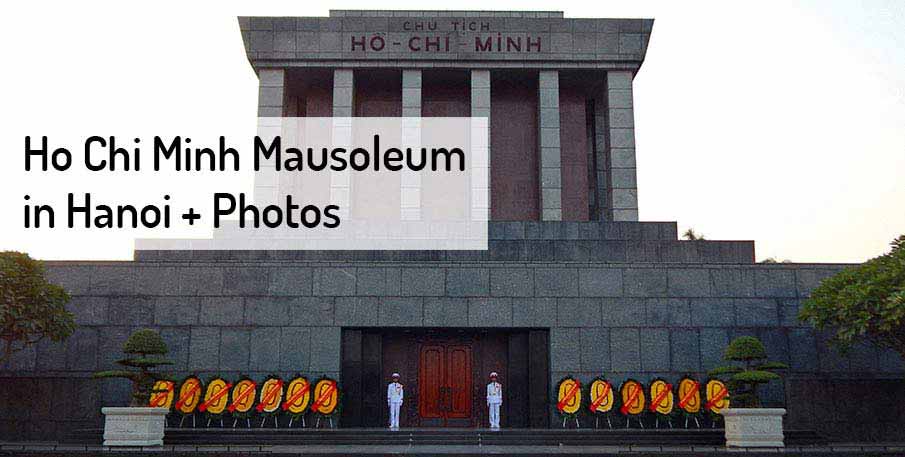 The most important monument of Vietnam – Ho Chi Minh Mausoleum.

Ho Chi Minh Mausoleum in Hanoi is a place where it is stored balsam body of the first president of North Vietnam and the leader of the struggle for national liberation – Ho Chi Minh. It is one of the most visited tourist attractions of the capital city of Vietnam – Hanoi. All the tourists who come to Hanoi are going here. Ho Chi Minh Mausoleum is easily accessible from the city center, located about 3 km from Hoan Kiem Lake and I recommend walk on foot.

Not only Mausoleum is located at Ba Dinh Square and its surroundings. Not far away you can visit other important historical monuments. It is for example – One Pillar Pagoda, Presidential Palace, Ho Chi Minh Museum, House of Ho Chi Minh, a little further Thang Long Royal Citadel, Lenin Park, Military History Museum and other smaller monuments. Also foreign embassies are at Ba Dinh Square. Ba Dinh Square is closed for cars and motorcycles, but thousands of motorbikes and vehicles rides around the square. But i think this place is one of the quieter place in Hanoi.

The independence of the Democratic Republic of Vietnam was proclaimed here.

Democratic Republic of Vietnam was also called as North Vietnam and was named by Ho Chi Minh on September 2, 1945. The duration of this republic was not long. Vietminh won the war in 1954 against the French colonial administration, but in 1965 to 1975 was one of the bloodiest wars in human history – the US-Vietnam War. North Vietnam was bombed by the Americans and allies from South Vietnam.

Allies in South Vietnam were defeated in 1972 and after three years in 1975, the army of North Vietnam conquered the whole Vietnam. Socialist Republic of Vietnam was founded in 1976 of the unification of north and south of the Vietnam. Construction works of Ho Chi Minh Mausoleum began September 2, 1973 with the approaching end of this war and the building was officially inaugurated on August 29, 1975. The idea for the construction of the mausoleum was inspired by Lenin’s mausoleum in Moscow.

The guards at the Ho Chi Minh Mausoleum.

Mausoleum is also a venue for military parades and other celebrations.

Ho Chi Minh Mausoleum is 21.6 meters high and 41.2 meters wide. The mausoleum is built of gray granite, the interiors are gray, black and red polished stone. Ba Dinh Square in front of the mausoleum is divided into 240 squares of green grass. There are almost 250 plants and flowers around the mausoleum and gardens. These flowers are imported from different parts of Vietnam. Embalmed body of Ho Chi Minh is hidden in the cool central hall, protected by guards.

The mausoleum is open to the public in the morning, from Tuesday to Thursday + weekend days. In the months from October to November is closed (unofficial information). If you want to look inside to the body balsam you need to be dressed appropriately (long pants, no mini skirts and swimwear, etc.). A visit around the embalmed body of Ho Chi Minh takes 5 minutes. Photography and video recording, eating, smoking, drinking are prohibited. Visitors must be silent, and walk in two lines. Admission is free but donations are accepted. 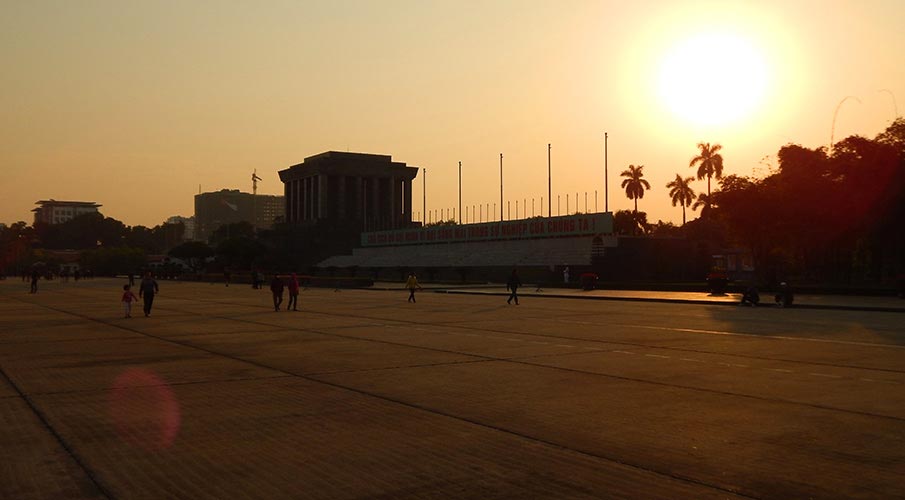