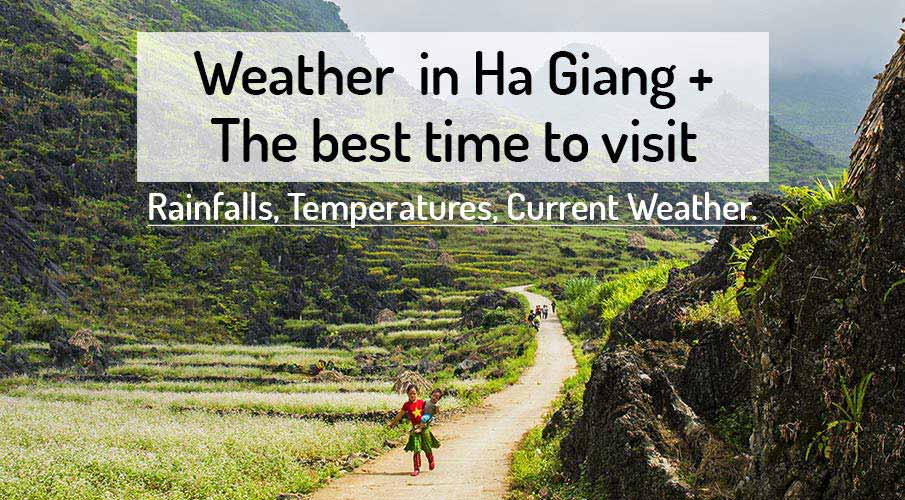 What is the weather in Ha Giang province? What is the best time to visit Ha Giang?

What is the weather in Ha Giang province in northern Vietnam?

This is the one of the most frequented question by travelers heading to the north of Vietnam > What is the weather in Ha Giang? Ha Giang is the mountain province, one of the most interesting places in the north, nature, ethnic villages, authenticity… It is very good province for exploring remote areas and ethnicities by motorbike. And it is good to know in which time/season you should come to visit this beautiful place. If you travel on motorbike – skip the rainy weather.

What is the best time to visit Ha Giang?

The best time to visit Ha Giang is in the dry season, in the months from October to April. But it is good to know, the winter months (December, January, February) may be there very cold. It is not good to go to this mountainous area during the rainy season (May to September, landslides on the roads are possible). The average temperature is approximately the same as in Hanoi. But in the mountain areas the weather can change very fast. However, the amount of precipitation in the rainy season is higher than in Hanoi. ➜ Current weather in Ha Giang province. Below are detailed statistics of weather in Ha Giang  through the year (temperatures, rainfall, snowfall, windspeed, cloud and humidity, sun hours, visibility).

(click the icon in the top right corner for rainfalls, storms and other useful information) 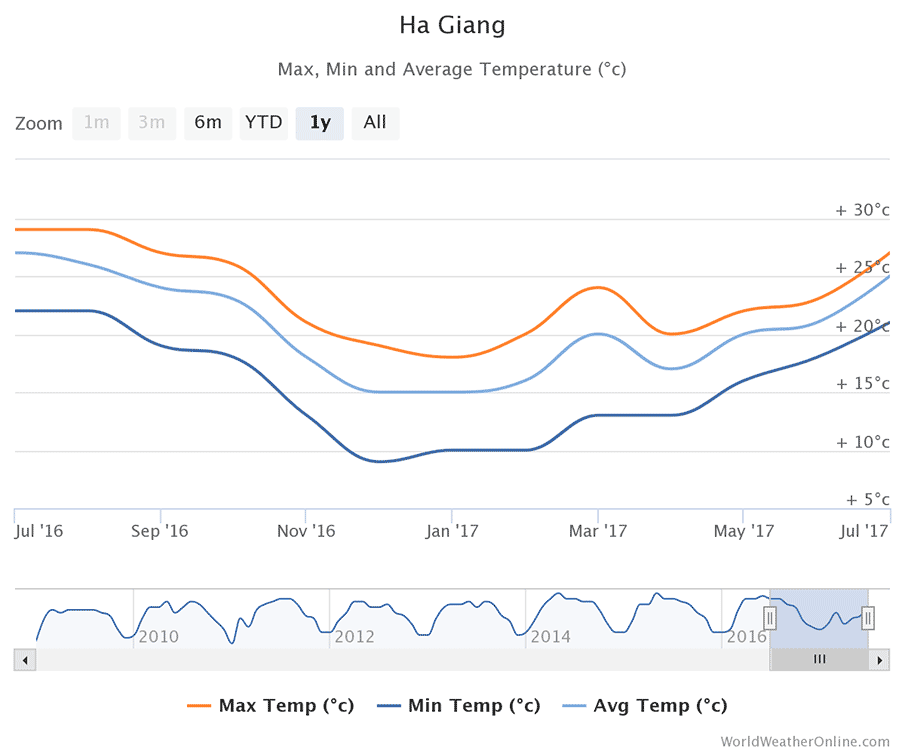 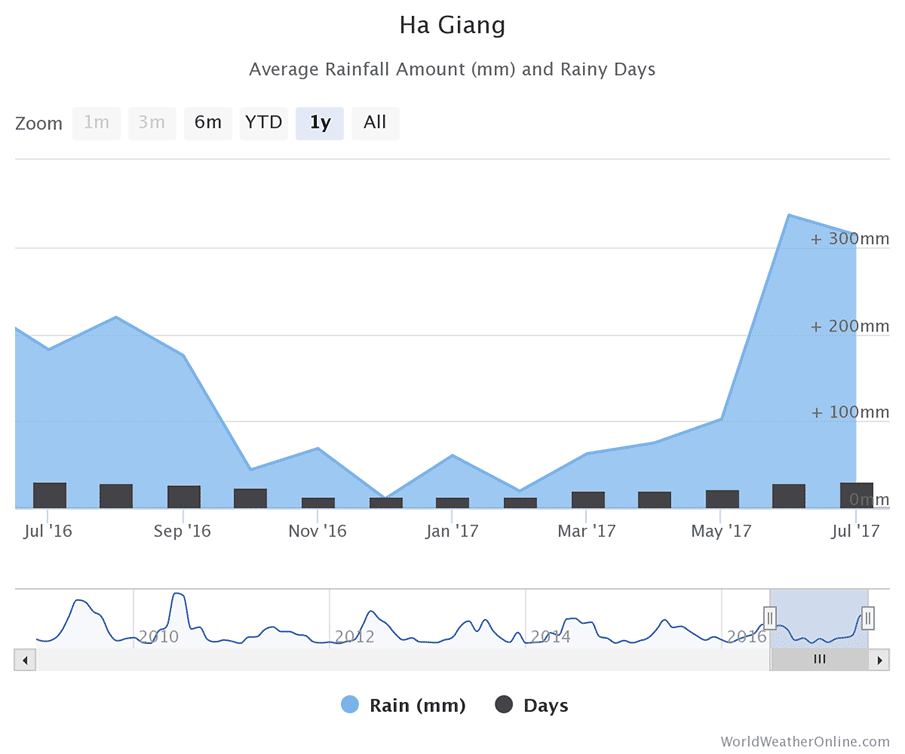 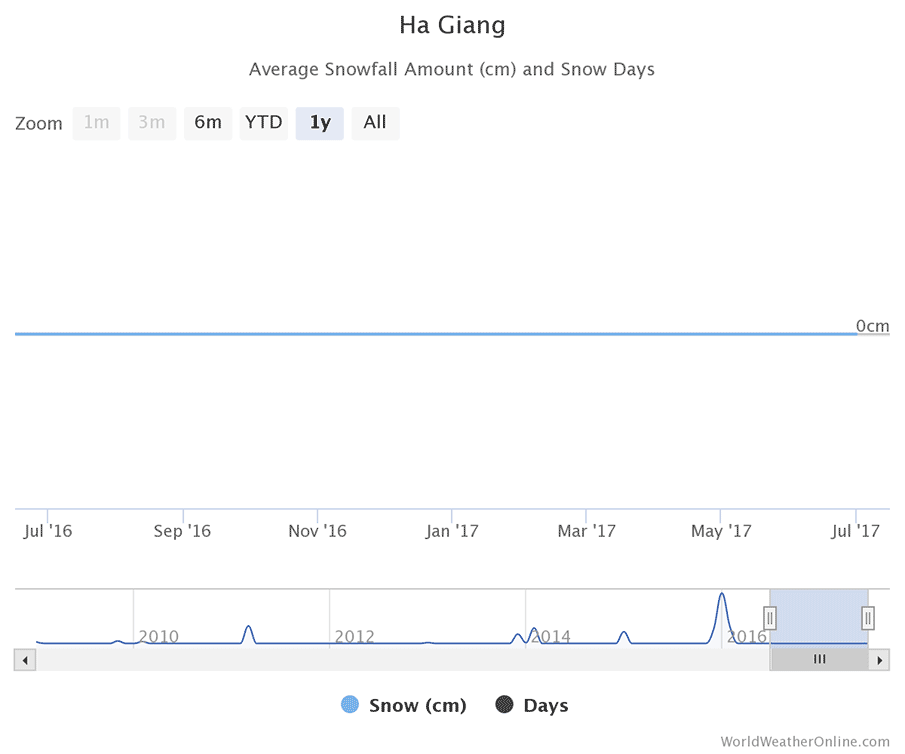 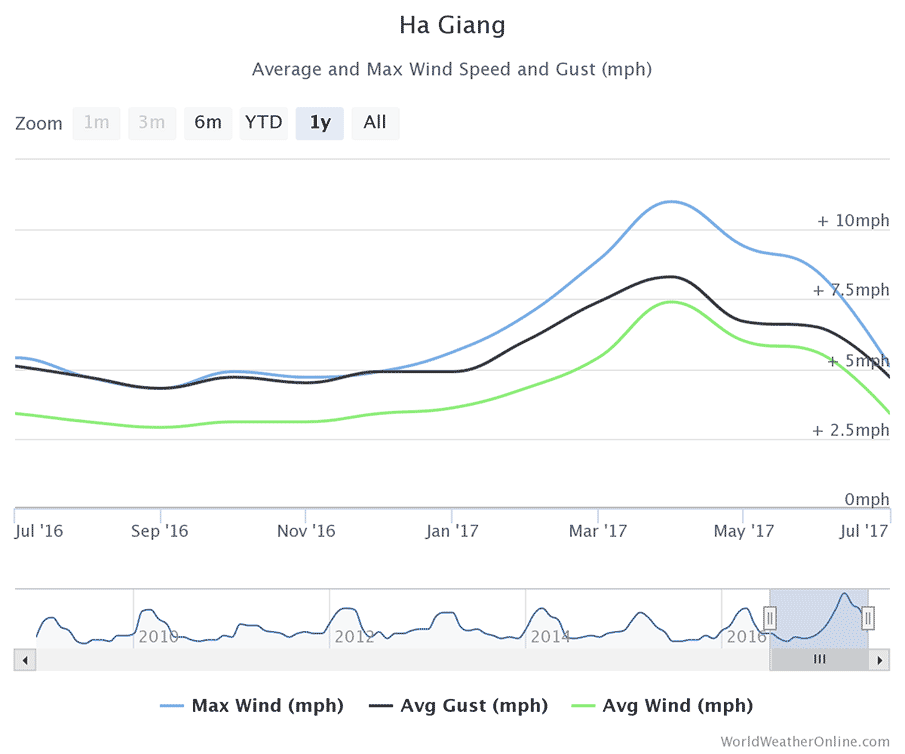 Cloud and Humidity in Ha Giangicon-angle-double-down 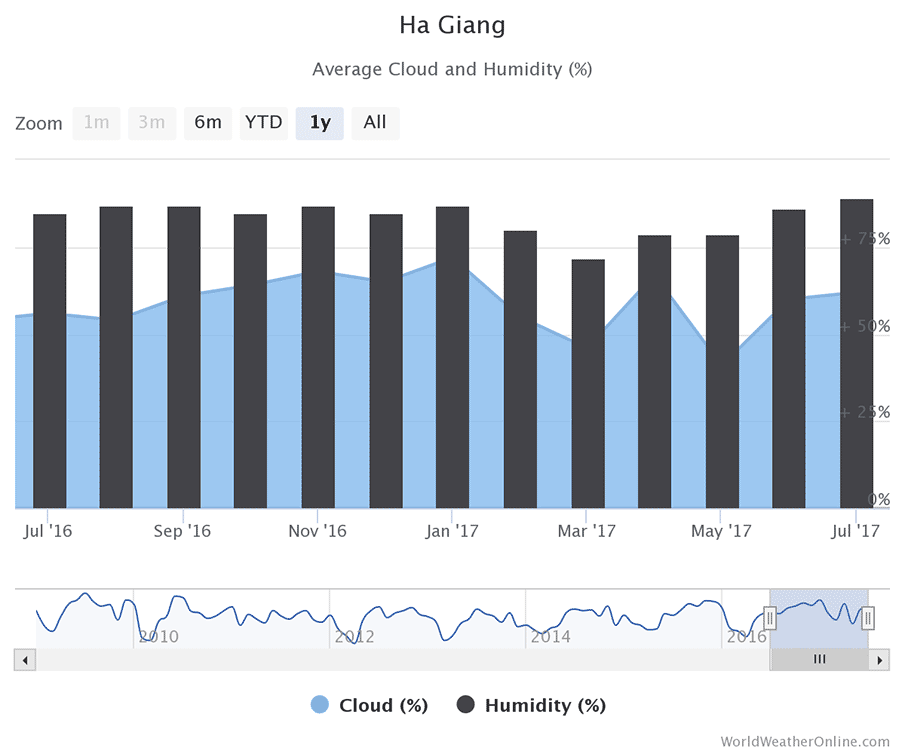 Cloud and Humidity in Ha Giang (Data provided by WorldWeatherOnline.com) 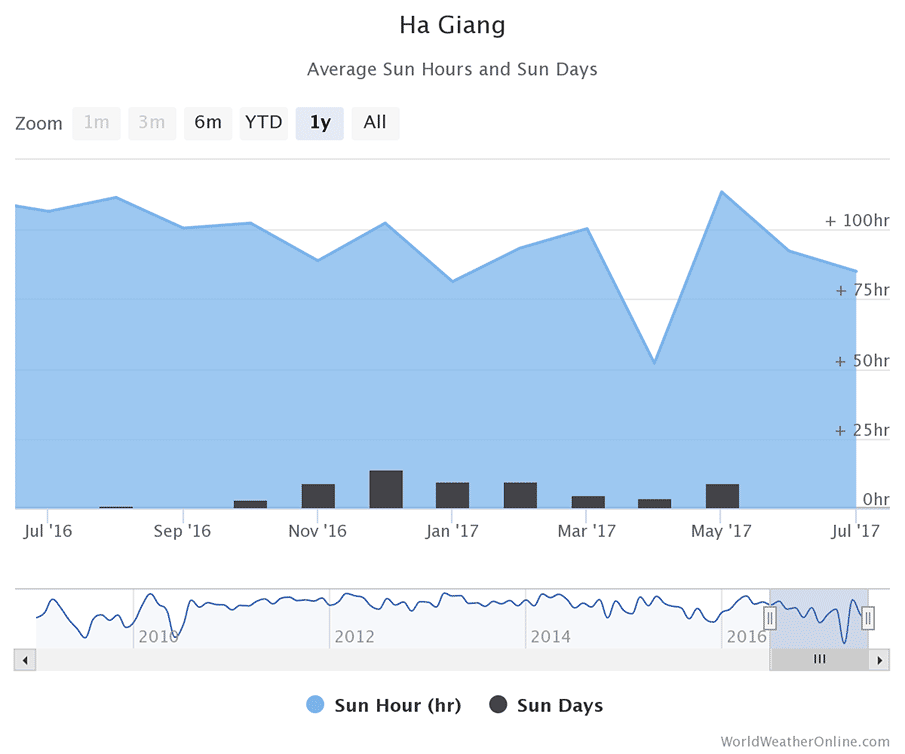 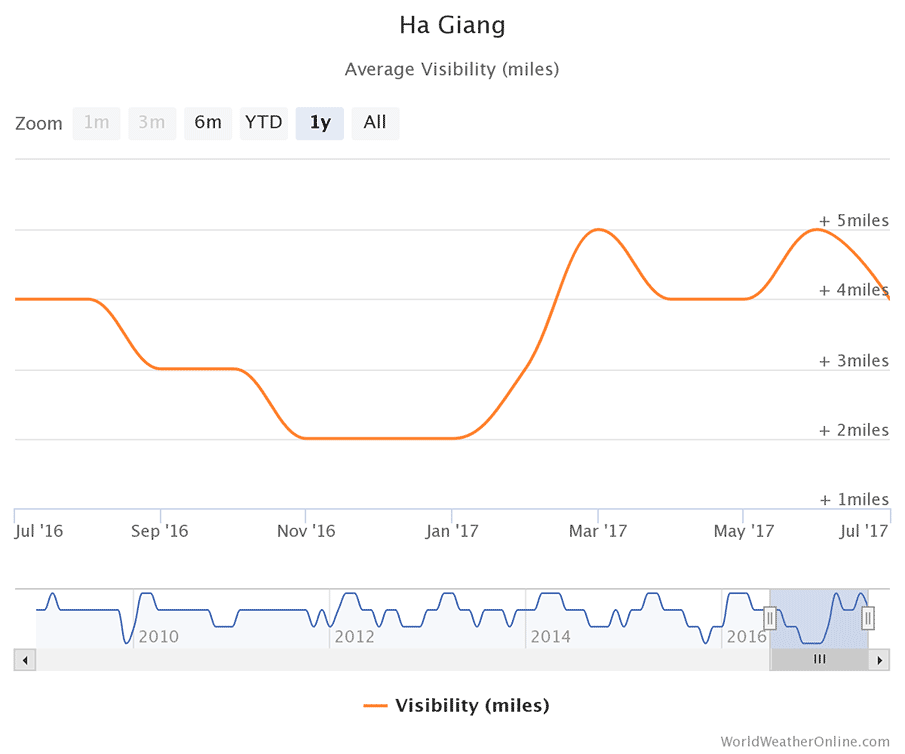